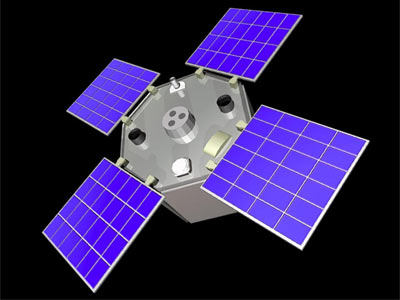 It carried an ACRIM-3 (Active Cavity Radiometer Irradiance Monitor) instrument to monitor solar irradiance at high accuracy (<0.1%) as a long term follow up to the ACRIM-2 (carried on UARS spacecraft since 1991) and ACRIM-1 (carried on the SMM (SolarMax) spacecraft in 1980).

ACRIMSAT was launched as a secondary payload on the Taurus-2110 rocket, which put KOMPSAT 1 into orbit.

In December 2013, after nearly 14 years on orbit, ACRIMSAT suffered a mission-ending failure when its degrading batteries could no longer sustain operations. The spacecraft has not responded to ground commands since 14 December 2013. After several unsuccessful recovery attempts and extensive failure analysis, the mission was determined to be unrecoverable and officially terminated 30 July 2014.