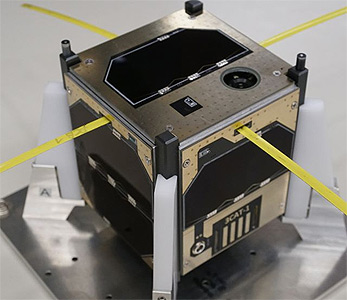 3Cat 1 is a 1U CubeSat developed at the Universidad Politécnica de Cataluña (UPC) to perform multiple technological experiments.

The satellite is based on the cubesat standard and it carries multiple scientific payloads/experiments to test different technologies under hostile space conditions.

Various measurements are taken for the different payloads to track their behavior in space and the results are transmitted to earth in a regular basis.