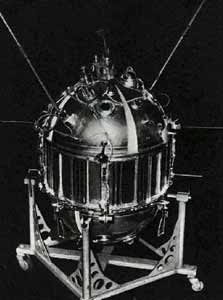 The 1MS series were prototypes of small battery powered research satellites. They were developed by OKB-1. The mission of these satellites was to develop systems for future satellites, and to record data about cosmic rays and radiation. Launch vehicle was the small Kosmos booster.

The second satellite failed to reach orbit on 25 October 1962.