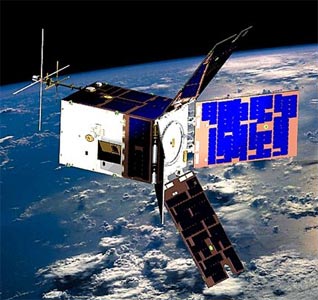 The Standard Interface Vehicle (SIV) or Astro-200-Bus provides Multi-Mission high reliability and performance. The innovative SIV design includes a separable Payload Standard Interface Module that may be integrated in parallel with the bus to support accelerated launch schedules and reduce technical risk.

The SIV bus utilizes a standard payload interface to accommodate a variety of payload configuration in low earth orbits from 400 - 850km. The spacecraft supports, without design change, a wide range of inclinations with a minimum one-year lifetime. SIV features high mass and power margins, flight-proven heritage components, and a highly integrated mechanical and thermal design. It incorporates a flexible zero-momentum ACS, fixed and articulated solar arrays, integrated C&DH and power avionics, and a high-reliability SGLS transponder. AeroAstro is under contract to design and build up to six spacecraft buses under the SIV contract, and to provide integration, launch and mission operations support.