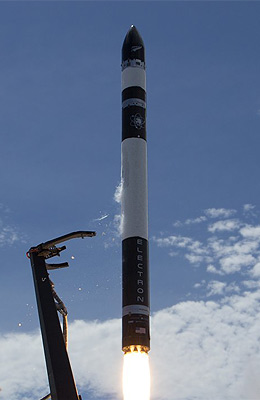 For operations from the Scottish launch site, the Lockeheed Martin consortium is planning to use a Moog built small upper stage called SL-OMV (Small Launch Orbital Manoeuvring Vehicle) to deploy up to six 6U-Cubesats in different orbits.

Rocket Lab had originally selected Birdling's Flat (Kaitorete Spit), Canterbury, South Island, New Zealand as a launch site. It is located 44 km from Christchurch. It is unclear if this site remains a future option. Due to legal issues, another launch site at Onenui Station on the Mahia peninsula on the North Island was selected for the maiden flights. In October 2018, Rocket Lab selected Wallops Island as the launch pad for the USA. A consortium including Lockheed Martin is planing an Electron launch site on the AMhoine peninsula, Sutherland county, in northern Scotland.