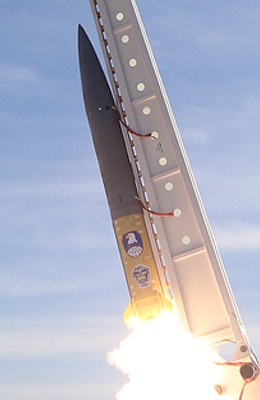 Zombie Pathfinder is a guided low-cost target representing a class of threats used to demonstrate defensive protection capability. It was developed and administered by SMDC in conjunction with NASA. Zombie Pathfinder was developed by the SMDC Test Execution Support Division along with NASA, Orbital AKT and Teledyne Brown Engineering.

NASA is considering using these vehicles as sounding rockets. A version boosted by a Terrier motor (Boosted Zombie) is also planned for a maiden launch in 2018.