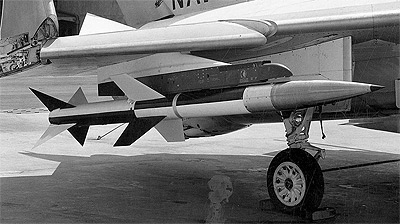 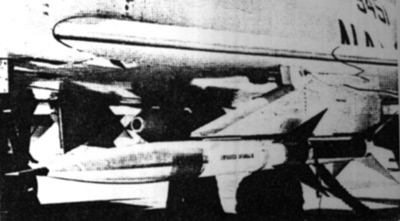 The Sparoair were a family of small, air-launched sounding rockets developed by the USNavy. They used Sparrow motors as the first stage and second tandem mounted Sparrow as a second stage or later a more powerful second stage.

Sparoair-1 used discarded Sparrow motors, which were deemed unsafe to be fired directly from a crewed airplane. Therefore the vehicle was dropped and after 5 seconds ignited. It could carry 18 kg to a height of 160 km. F-3H Cougar or F4D-1 Skyray aircraft were used to launch these rockets. About 60 vehicles were launched until 1963. Problems to ignite the rocket led to the replacement with the Sparoair-2.

Sparoair-2 was essentially the same, but used motors, that were safe to be launched directly from the aircrafts launching rail. This allowed for simpler, more reliable igniters.

Sparoair-3 was an improved version capable to launch 13.5 kg to a height of 320 km. Therefore it used the more powerful F4H Phantom aircraft and a more capable second stage.