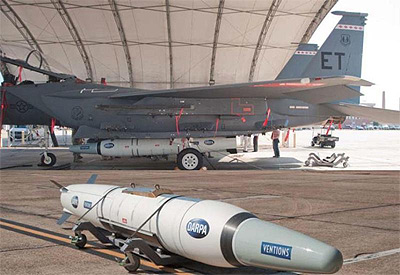 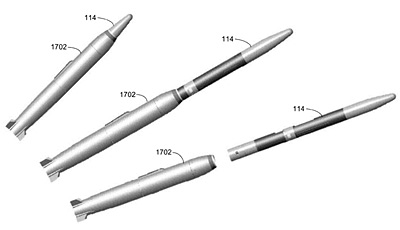 The vehicle is planned as a pathfinder for the larger ALASA launch vehicle to learn, how to operate a quick reaction air launch system effectively.

SALVO was designed a a system for air-launching a liquid fueled rocket launch vehicle using a tubular deployable rocket support structure for holding the launch vehicle and for supplying the launch vehicle with make-up cryogenics, electrical power, and control signals, and for providing coupling to the launch-assist aircraft. SALVO uses LOX and Kerosene as propellants. It features battery-powered electric pumps for its rocket engines.

The SALVO vehicle is designed to attach under an unmodified F-15E aircraft. Once the airplane reaches the appropriate height, it would release the finned SALVO support structure. The vehicle would then fire its four main engines, exit the launch canister structure and launch into low-Earth orbit to deploy a 3U Cubesat payload with a mass of up to 5 kilograms.

In April 2015, Ventions conducted cold flow fill and drain and pressurization tests of the 1st stage. The first of up to three launches was planned for spring 2015, but has been delayed. The status of the SALVO program is unclear after the cancellation of ALASA. It appears, that Ventions does not plan any launches of SALVO anymore. Ventions, now merged into Astra Space LLC, uses the experience gained to develop their small Astra Rocket launch vehicle. Astra considers to finish the development of SALVO for suborbital missions and hypersonic research.

Both Eglin and Cape Canaveral have been reported as possible launch sites.