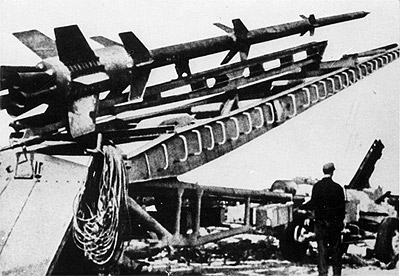 Rheinmetall developed the unguided solid fueled Rheinbote missile in 1943, which was also designated Rh Z 61/9 or Raketen-Sprenggranate 4831. In the same year the first launch took place. The Rheinbote was the first four stage rocket.

The small 20 kg warhead and the low accuracy rendered this missile practically useless, but nevertheless some 220 units were fired aginst Antwerp between November 1944 and the end of the war.