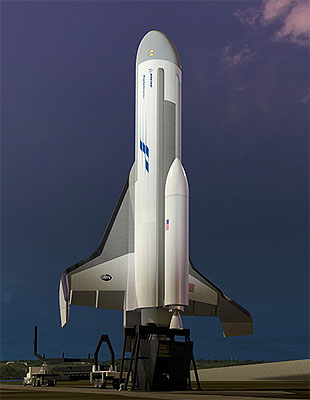 XS-1 is aiming for a recurring cost of as little as $5 USD million per flight.

Phantom Exoress is designed to take a 1361 kg payload into low earth orbit. 12 to 15 flight tests in 2020 are envisioned, culminating in a ten-launches-in-ten-days campaign. A launch site has not yet finally determined, with Cape Canaveral LC-16 or LC-20 being contenders.

On 22 January 2020 Boeing announced, that they were ending their role in the Experimental Spaceplane (XSP) program immediately.