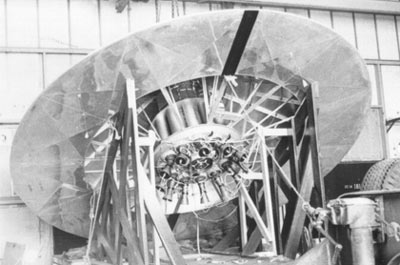 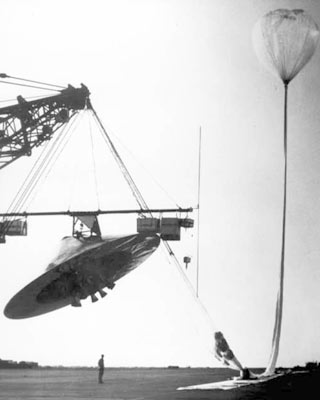 The unique PEPP-Aeroshell (Planetary Entry Parachute Program) was a test vehicle to test the aerodynamic properties of the parachutes for the Voyager (later renamed Viking) Mars probes. It was launched by high altitude balloon from Walker Air Force Base (Roswell Air Field). Upon reching a height of x km, the vehicle was released and the solid fueled rockets (12 Falcon or 8 Sword-1 motors) accelerated the test vehicle upwards. At burn out the aeroshell was released from the dummy payload, which then unfurled the parachutes. The 15-foot disk-shaped flight units were flown only four times: 30 August 1966; 28 July 1967; 15 August 1967; and 22 August 1967. A fifth flight of the full-scale unit was cancelled because the engineers involved felt it would be a needless expense and the program had been so successful with the first four that sufficient data had been obtained.

All the firings were conducted within the confines of the White Sands Missile Range. Aeroshells were released and rocket-propelled from the middle of a 50-mile-wide impact area, which means they could not have travelled more than 25 miles before falling to earth. The range is located about 40 miles north of El Paso and west of Alamagordo, New Mexico. The 'flying saucer' shaped vehicle is often mentioned with UFO conspiracies.