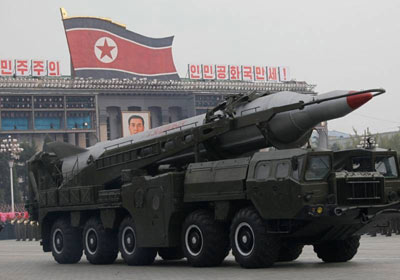 Flight tests began in 1990 with a first successful flight in 1992. Since then, the missile has been included into the North Korean weapons inventory.

The Nodong designator is a western designation. The North Korean name of the missile is not known.

The Nodong missile technology has been exported to a number of countries and resulted likely in the Pakistani Ghauri and the Iranian Shahab-3 missiles and the Iranian space launch vehicle Safir.