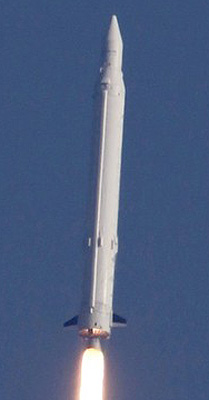 It consistes of a Russian built first stage, which is mostly identical to the URM-1 first stage of the Angara rocket, but using a downrated RD-151 instead of the RD-191 engine. The second stage is a South Korean developed small solid fuel kick motor with 3-axis control. This combination is only capable to launch very benign microsatellites and will be replaced after three launches by the completely South Korean built Nuri (KSLV-2) launch vehicle.