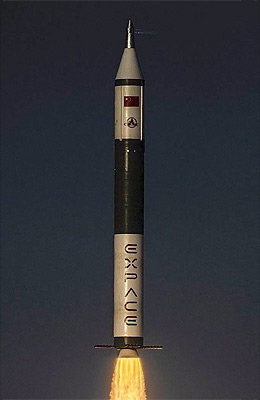 The Kuaizhou-11 (KZ-11), is a Chinese commercial launch vehicle.

Reportedly, the payload is about 1000 kg for low earth orbit and 700 kg for a sun-synchronous orbit.

The three stage rocket is possibly based on the DF-31 missile. It consists of three solid-fueled stages. The principal diameter is 2.2 m and the launch weight is 78 tons. the first stage features four grid fins. An unusual feature is the attitude control unit on top of the payload fairing, which also serves to jettison the fairing. The vehicle is launched from a launch truck.