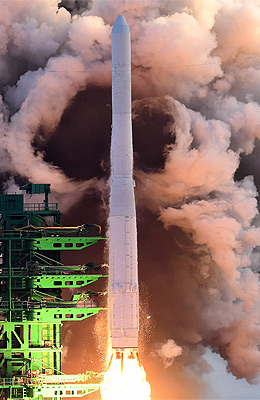 The Nuri (KSLV-2) is a South Korean orbital rocket. Contrary to the Naro-1 (KSLV-1) it is completely indigeniously developped at KARI.

Component tests will be performed on the KSLV-2-TLV test launch in October 2018. The maiden flight of the complete KSLV-2 took place in on 21 October 2021 from Naro, but failed to reach orbit due to early shut down of stage 3.