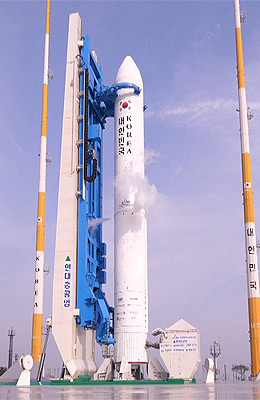 The KSLV-2-TLV is a test vehicle to evaluate components for the planned orbital KSLV-2 (Nuri) rocket.

The KSLV-2-TLV is a single stage rocket based on the 2.6 m diameter tankage planned for the second stage of the KSLV-2. It is powered by single KRE-075 engine. Originally it was planned as a two stage vehicle to test also the KRE-007 upper stage engine, but the second stage was replaced by a dummy for the TLV mission.

The maiden flight of the KSLV-2-TLV took place in November 2018 from Naro.