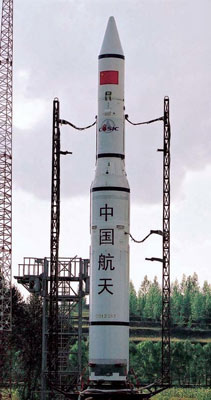 The Kaituozhe-1 (KT-1) launcher was a small, solid fueled launch vehicle, which was based on the road mobile DF-21 IRBM with an additional upper stage.

It has the capability to launch a small 100 kg into a low earth orbit. Possibly it is also the launch vehicle for the chinese ASAT system, which was tested against an old chinese weather satellite in 2007.

The Kaituozhe-1 launcher appears to have been cancelled after two unsuccessful launches. A third and fourth launch have been rumored, but are not confirmed.