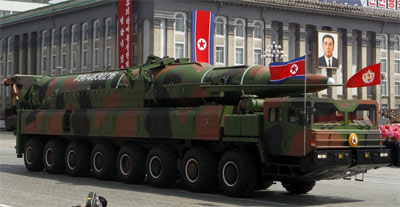 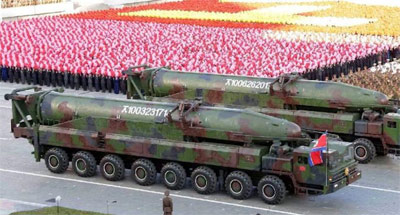 The North Korean KN-08 missile appears to be an IRBM.

The KN-08 was first shown on the military parade in 2012. It is likely, that the missiles on the parade were mock-ups. They appeared to be a solid fueld three-stage missiles. Reportedly it has a range of about 5000 km.

In 2015, a different version was shown on parade. This time, the design appears to have been changed to a two stage rocket, which has been designated KN-14.

The KN-08 and KN-14 designators are western designations. The North Korean name of the missiles is not known, but the name Hwasong-13 has been suggested.

Flight tests of this missile have not taken place yet, although ground tests of the stages have been reported. The current status is not clear.