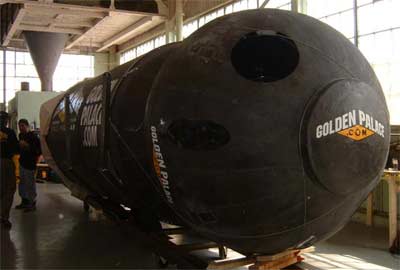 The daVinci Project was an attempt of the canadian Brian Feeney to win the X-Prize. It consisted of the air launched Wild Fire rocket and a balloon to reach achieve an high altitude launch. The vehicle was powered by an hybrid rocket motor (earlier concepts featured liquid fueled motors). The Wild Fire Mk.6 had a spherical crew cabin, which was to separate from the booster after burn out. Both components were to land by parachute.

A X-Prize attempt at Kindersley had been announced for 2 October 2004, but this was postponed for a some weeks, reportedly because some hardware parts were not ready in time. Then a first uncrewed test flight was planned for December 2004 with a crewed flight following in 2005.

Finally the project was cancelled in 2006 without any flights happening. It is unclear, if any flightworthy hardware was ever produced.