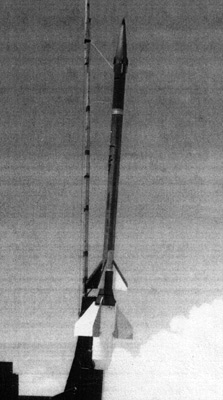 A few sounding rockets were built on retired solid rocket motors from the first generation of Bullpup (ASM-N-7) air-to-ground missiles. These rockets used the Aerojet Mk.8 rocket motor of the bullpup as first stage while the original fins of the Bullpup were retained. As upper stage both Cajun and Apache were used. Both versions were used on mesospheric flights.

Only one Bullpup Cajun was flown for NASA from Wallops Island and a few speciemens of the Bullpup Apache were launched from Poker Flat.