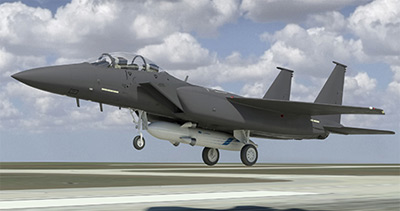 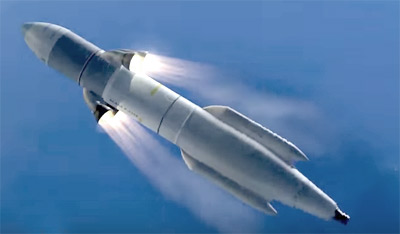 Under an 11-month, $30.6-million contract with options to build up to 12 of the 7.3 m vehicles, Boeing, with subcontractor Orbital ATK, and DARPA intend to test the ability to cut the cost of routinely launching microsatellites into orbit by 66 percent. According to DARPA, ALASA aims to develop and employ radical advances in launch systems, leading to more affordable and responsive space access compared to current military and U.S. commercial launch operations.

The airlaunch rocket is designed in a very unusual way. The liquid fuel engines used for both the first and second stages are mounted in front of the first stage. The vehicle uses an unusual monopropellant mixture of nitrous oxide and acetylene, called NA-7, as propellant for both stages.

The 7.3 meter ALASA vehicle is designed to attach under an unmodified F-15E aircraft. Once the airplane reaches approximately 12000 m, it would release the ALASA vehicle. The vehicle would then fire its four main engines and launch into low-Earth orbit to deploy one or more microsatellites weighing up to a total of 45 kilograms.

Twelve flights of the vehicle were planned for 2016. Two ground tests of the propulsion system in 2015 ended in explosions, so the planned launches were shelved in December 2015, as the propellant was deemed too unsafe for a crewed carrier plane. Boeing, subcontractor Orbital ATK, and DARPA nonetheless plan to continue developing the technology, focusing on monopropellant safety testing and certification. Further propellant tests are still planned. It is unclear, when or if launches will be scheduled.