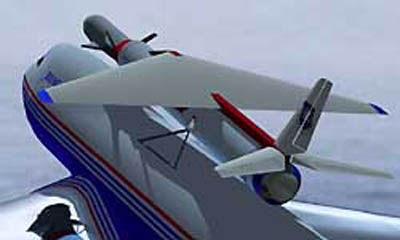 AirLaunch was to be an air-launched booster using mainly off-the-shelf technology. The first two stages consist of Castor-120 motors, while the motor for the third stage has to be developed. After separating form the Boeing-747 Carrier airplane, the first stage ignites and five seconds later the wing and tail assembly is separated from the stack. The vehicle is designed to launch Boeings reusable SMV satellite platform, but standard payloads can also be accomodated. The vehicle was planned to be ready by 2005, but development was put on hold and finally cancelled.