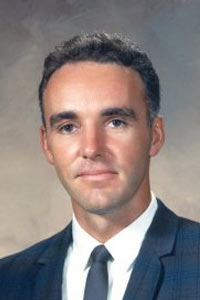 Dr. Graveline entered the United Stated Air Force Medical Service after graduation from medical college and interned at Walter Reed Army Hospital from July 1955 through June 1956. Following internship he attended the primary course in Aviation Medicine, Class 566, at Randolph Air Force Base and was assigned to Kelly Air Force Base as Chief of the Aviation Medicine Service.

Dr. Graveline was granted the aeronautical rating of flight surgeon in February 1957. From September 1957 to June 1958 he attended Johns Hopkins School of Hygiene and Public Health where he received his Master's degree in Public Health.

He then attended the Aerospace Medical residency at the Air Force School of Aerospace Medicine, completing his residency training in July 1960 at Brooks Air Force Base and receiving his specialty certification by the American Board in Preventative Medicine. At this time he was assigned to the Aerospace Medical Research Laboratory as research scientist with special interest in prolonged weightlessness deconditioning and countermeasures. In July 1962 he returned to Brooks Air Force Base where he continued his research, directed an analysis team on Soviet bioastronautics and was active as a NASA flight controller for the Mercury and Gemini missions.

Dr. Graveline is the author of fifteen professional publications and reports on biological deconditioning and weightlessness countermeasures. His research has involved bed rest and water immersion to study deconditioning. He did the original research on both the extremity tourniquet and lower body negative pressure techniques for use in prolonged zero gravity missions.

In June 1965, Dr. Graveline was selected with NASA's fourth group of scientist astronauts and assigned to Williams Air Force Base for jet pilot training. He resigned due to personal reasons and returned to civilian life. Dr. Graveline practiced medicine as a family doctor in Burlington, Vermont during which time he also served as a flight surgeon for the Vermont Army National Guard. Since his retirement at age sixty Dr. Graveline has become a writer of medical and science fiction thrillers with five novels to his credit and a sixth in the works.